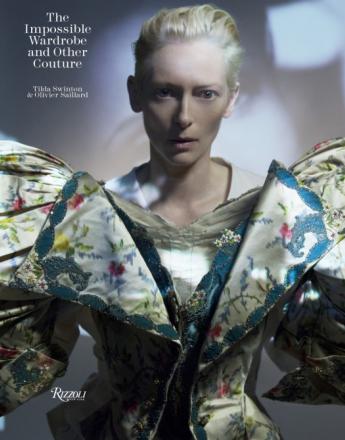 Impossible Wardrobes documents three groundbreaking exhibitions poetically brought to life. Serving as part fashion object, part catalog, and part artist book, this work not only consists of the sole record of these critically acclaimed sold-out performances—that were by their very nature ephemeral artworks—but also serves as a unique survey of the Palais Galliera’s extraordinary collection of iconic clothing.

This lavish three-book set presents the three performance pieces that spanned a period of three years. In The Impossible Wardrobe (2012), Swinton walks down a runway with a selection of historically and culturally significant garments from the past 200 years. In Eternity Dress (2013), a garment is tailor-made in front of a live audience. And in the third performance in the series, Cloakroom - Vestiaire obligatoire (2014), Swinton examines the special relationship between an item of clothing and its owner. A glorious ode to fashion,Impossible Wardrobes presents and elevates couture to a veritable art form.

About the authors :
Olivier Saillard is director of the Palais Galliera, the City of Paris’s Museum of Fashion. He is a renowned fashion historian and author.
Tilda Swinton has worked as a performance artist and in films for the cinema over the past thirty years.