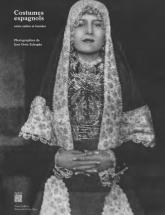 This exhibition at the Maison de Victor Hugo is part of the Palais Galliera’s Spanish Season. It opened with “Balenciaga, l’oeuvre au noir” (‘Balenciaga, working in black’) at the Musée Bourdelle (8 March–16 July 2017) and will close with the first Paris retrospective of work by Mariano Fortuny, at the Palais Galliera (4 October–7 January 2018).

Of all French writers, Victor Hugo was probably one of the greatest lovers of Spain. From June to September this year, his former house, the Maison de Victor Hugo, will be hosting a remarkable selection of traditional Spanish costumes borrowed from the collections of the Museo del Traje, the Museum of Costume and Ethnological Heritage in Madrid. For the first time in Paris, we will be able to admire the skills and ingenuity of the craftsmen and craftswomen who, between the end of the 18th and the beginning of the 20th century, made the forty or more costumes and accessories on display. These pieces used to be catalogued simply as examples of folk costumes, but the delicacy of the work and their extraordinary variety, have inspired the greatest Spanish couturiers, including Balenciaga.

These are clothes that reflect regional life, they express the soul of the Spanish provinces: the Canary Islands, Andalusia, Catalonia, Mallorca, Aragon, Castile, Salamanca ... They are emblematic of a trade, of a social or cultural group, a specific place, or the religious beliefs of their original wearers, but their sheer creativity strikes us today with unprecedented force.

The embroidery on them, the pleating, the range of colours, the ribbons, the extravagance of the hats and jewels, all endow them with a singular presence. Some of the intricately decorated costumes were worn only on festive occasions. In the bridal tradition of the Toledo region, for example, the girl was expected to wear five toilettes, one on top of the other. Some jobs required specific clothing, like the Extremadura shepherds’ garments, which were made of tough material – coarse woollen cloth or soft dry-tanned leather. This exhibition lays great emphasis on the extraordinary quality of the work carried out by ordinary, unassuming men and

women who, over the years, constructed these precious clothes. This ‘poetry of the ordinary’ is elevated to the level of art and craft.

The collection is juxtaposed with a large selection of photographs by José Ortiz Echagüe (1886-1980) – an engineer by training, whose great passion was photography. From Spanish Morocco, to the provinces of his native country, his sharp but benevolent eye captured the full beauty of the landscape, the monuments, the local inhabitants and their rituals.
-
Curator : Olivier Saillard, director of the Palais Galliera
-
This exhibition was organized in partnership with the Museo del Traje, Madrid. 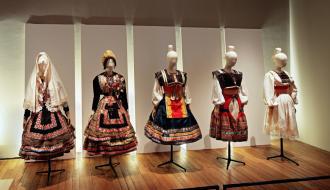