American artist trained in Los Angeles and New York, Tony Viramontes (1956-1988) found immediate success in Europe, the United States and Japan as a fashion illustrator in the late 1970s. The women's press - Vogue in the United States, The Face in the United Kingdom, Marie Claire or Le Monde in France - are tearing up her drawings whose the direct and colourful touch is world renowned. Published alongside the most famous fashion photographers, Viramontes works for the greatest fashion designers.

In this drawing, Claudia Huidobro wears a hat designed by Stephen Jones for Jean Paul Gaultier, of who she was the muse in the 1980s. 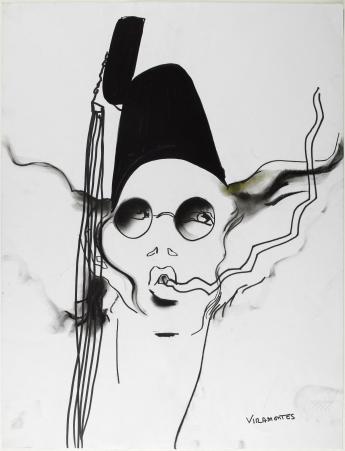