In the 1790’s the French aristocracy, following the lead of Queen Marie Antoinette, adopted a new dress style for young boys: the sailor suit, inspired by the fashion in England. The innovation here was the trousers, worn by Scottish and Irish peasants and sailors. Often attached to a buttoned vest, the trousers were worn with a pleated-collar chemise and a cummerbund. Similar to the sailor suit, the dauphin's costume testifies to the Anglomania of the 1780s. Here the vest is replaced by a high-collared coat with lapels that imitates the coat with turned down collar worn by men; thus the ensemble is a mix of children's and adults' clothing. 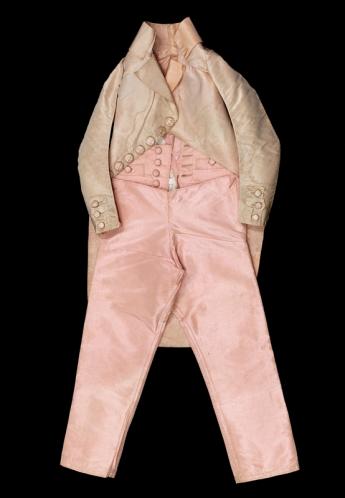