The sheath dress first appeared in the 1930s and lived on throughout the 20th century. The 1950s might have been the era of the flared skirt, but undeterred, in 1953 Pierre Balmain came up with this sinuous bustier-style sheath. Moulding the line of the body, the dress is covered with trompe l'oeil leopard skin – in reality a Hurel embroidery using several thousand painted sequins. 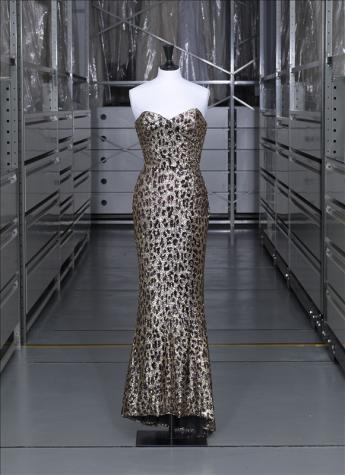