After arriving in Paris in the 1930s, German-born Willy Maywald learnt photography from Harry Meerson. In 1947 he became Christian Dior's official photographer, but also worked for Heim, Fath, Balmain and many other couturiers. This photo from the banks of the Seine is typical of his work, and especially of his ability to situate his subjects in the streets of the French capital. In 1986 the Musée Galliera organised the tribute exhibition Willy Maywald et la Mode, which led to the acquisition of thirty photographs. 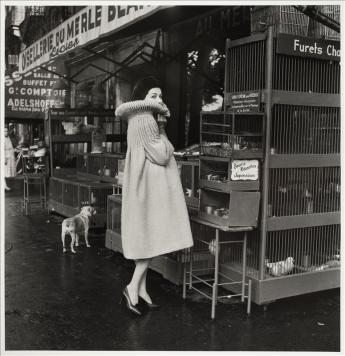