The Palais Galliera remembers Michel Goma, fashion illustrator, and wishes to pay him a last tribute.

It is with great sadness that the Palais Galliera has learned of the death of Michel Goma, who died on Monday 18 April at the dawn of his 90th birthday.

Born on 12 March 1932 in Moncrabeau in the Lot et Garonne, Michel Goma was an important player in 20th century fashion. Discovered in 1952 by Jeanne Lafaurie, after training at the Montpellier School of Fine Arts, he replaced Karl Lagerfeld at Patou in 1963. His assistants included Angelo Tarlazzi and Jean Paul Gaultier. He founded his own company in 1973 and was head of ready-to-wear at Balenciaga from 1987 to 1992. With rigour and fantasy, he crossed 50 years of fashion with his recognisable designs: sunny, impertinent and full of spirit.

The Palais Galliera remembers a warm, funny and generous man who made several donations totalling more than 750 works, including complete outfits and a very important collection of his drawings from the 1950s to 2000. 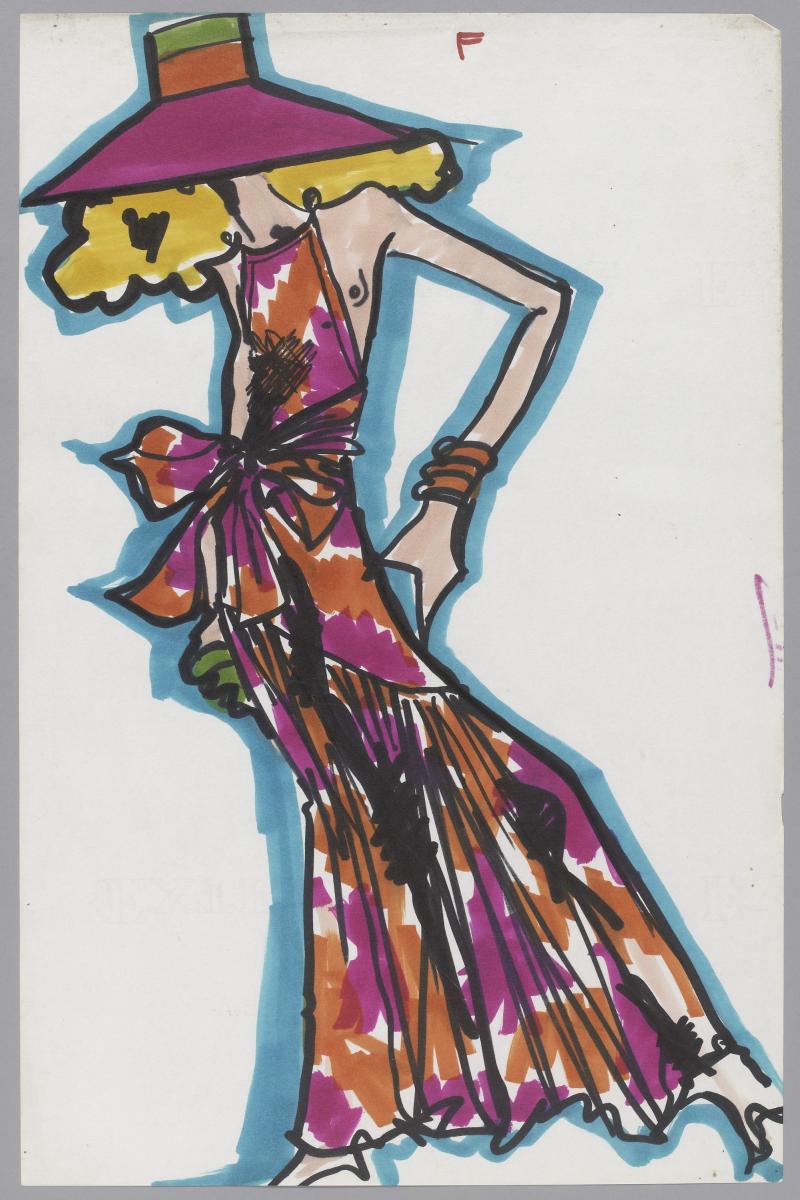