Models for the illustrators of La Revue de La Mode

The photographs were given to magazine illustrators by the fashion houses, as confirmed by the retouchings or the changes to the garments indicated on the actual image. On the backs of some of the pictures we find the names of La Revue de la Mode illustrators Thirion, Gustave Janet and Guido Gonin. Photographs were not published as such until the early 1880s. Later, in the 1880–1890s, studios like Reutlinger specialised in fashion photography and provided material directly to the magazines. This group of 45 images is an invaluable guide to photography's beginnings as a method of fashion diffusion. 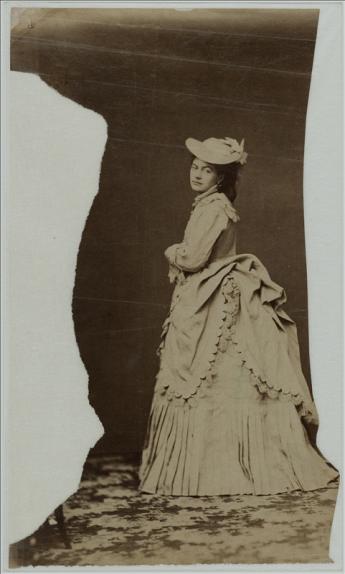