Our collections travel with you!

Alongside the opening of "A History of Fashion. Collecting and exhibiting at the Palais Galliera", two large-scale projects now join your travels by train or by plane to make you discover the treasures of our collections.

> The 'Paris Musées Train' on the RER C line

Paris Musées and Transilien SNCF for Île-de-France Mobilités have joined forces to introduce passengers on Line C of the RER to the museums of the City of Paris with the "Paris Musées Train".

The 'Paris Musées Train' is entirely covered with the decorations and works of four museums of the City of Paris: the Carnavalet-Histoire de Paris Museum and its Parisian salons, the Paris Museum of Modern Art and its masterpiece La Fée Électricité́ by Raoul Dufy, the Petit Palais and its new sculpture gallery, and the Palais Galliera and some of its most beautiful costumes. Four carriages with four very different atmospheres to make you want to come and discover these precious collections!

The "Paris Museums Train" will pass through thirty-six stations on Line C of the RER and five departments (Paris, Hauts-de-Seine, Val de Marne, Essonne, Yvelines) every day. Line C of the RER is the most touristic line operated by Transilien SNCF for Île-de-France Mobilités, with many major Parisian and Ile-de-France heritage sites served, and used by 50,000 tourists a day.

The "Paris Museums Train" was exhibited on 27 September 2021 at Paris Austerlitz station, before its first circulation (since 30 September). 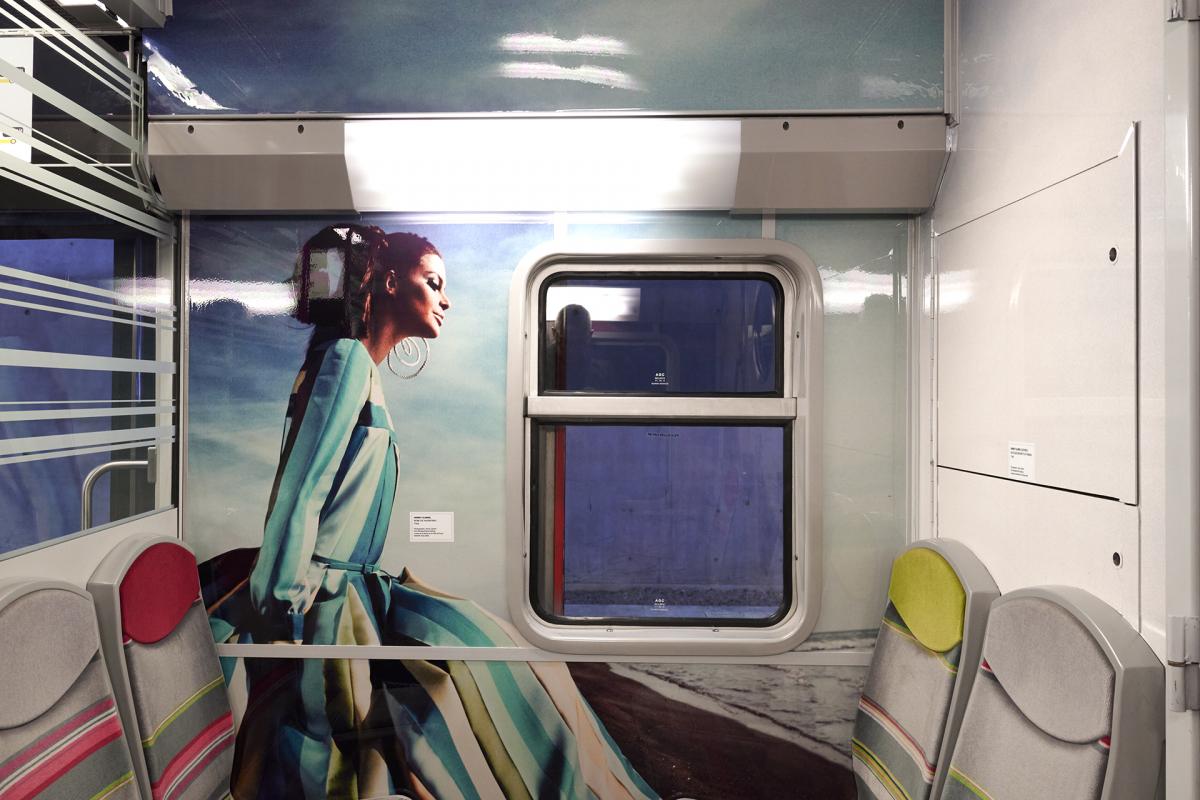 The 'Colours of Fashion' exhibition ("Les couleurs de le mode") is currently on show at Paris-Orly airport, and more specifically in the disembarkation corridor of Terminal Orly 4.

Designed in partnership with Paris Aéroport and Paris Musées, this exhibition offers travellers a unique look at the history of fashion through a selection of beautiful pieces from our collections, from the 18th century to the present day: costumes, accessories, sketches, drawings and photographs are revealed as if on a palette of colours.

This exhibition is part of Paris Aéroport's programme to promote culture, heritage and creation 'made in France' in its airports, while improving the experience of its passengers. 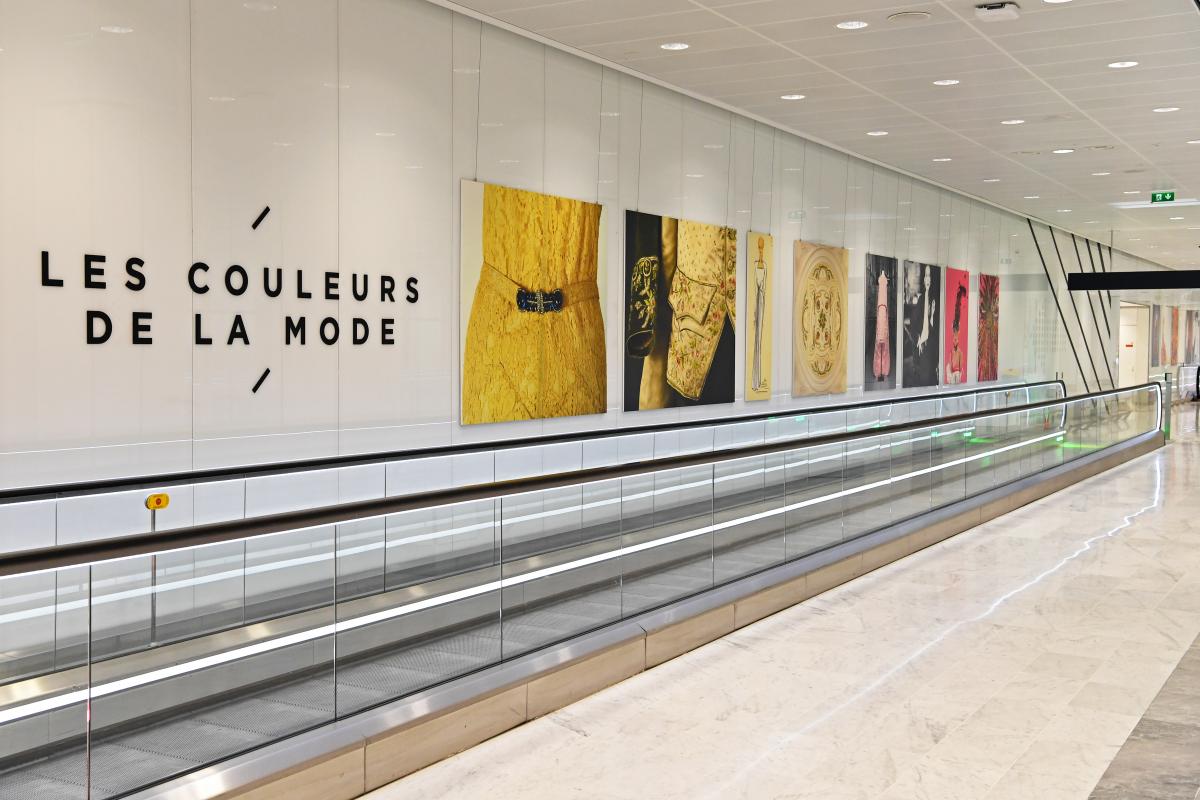 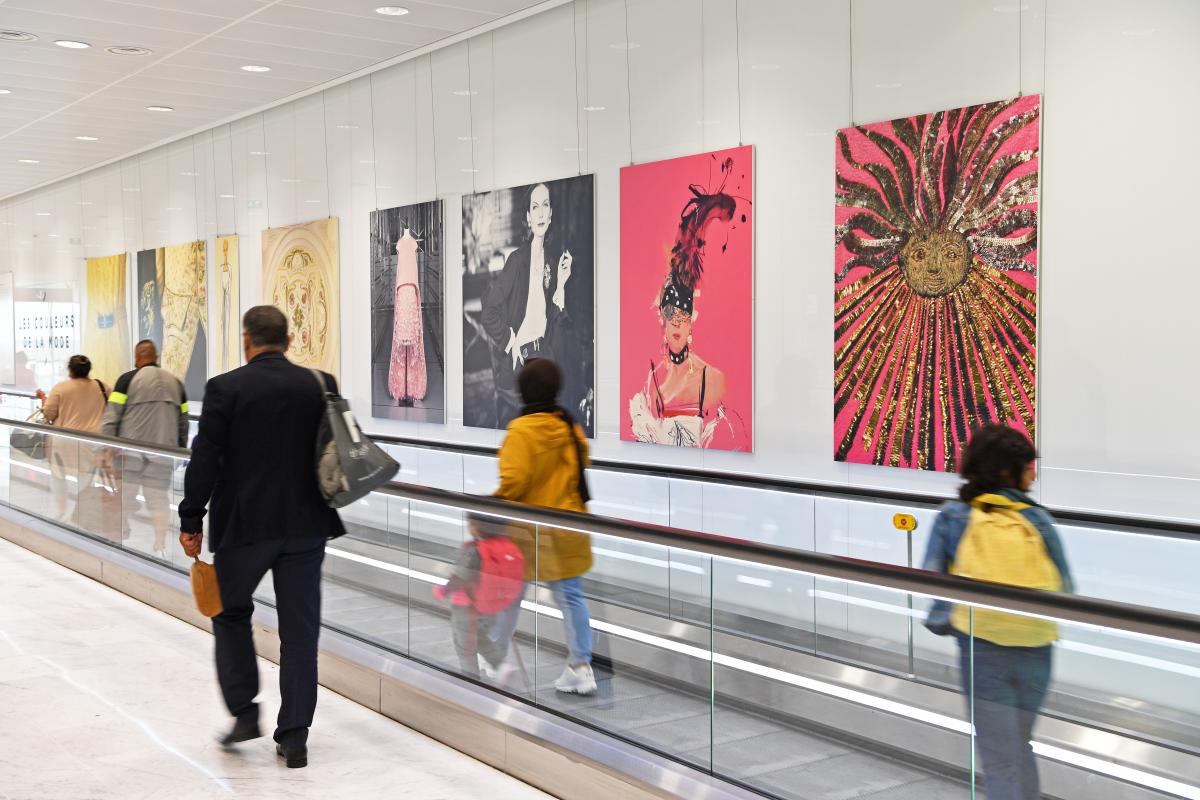